The Constitution of India Guarantees the Right to Equality under Article 14 to 18. It is one of the most important features for a democratic country to function. Article 14 provides for two important aspects in the Justice System of India i.e. Equality before the law and the Equal Protection of the law and also this Article acts as a bridge between the people to bring equality among them.

Earlier this doctrine was restricted to only discrimination and classification on various grounds but the new dimensions which has been brought in by the judiciary has provided for a wider scope in the Doctrine of Equality then from the time Constitution was adopted. As stated in the case of Ashutosh Gupta vs State of Rajasthan (2002) 4 SCC 34, the Doctrine of equality before law is a necessary corollary of Rule of Law which pervades the Indian Constitution.

Two concepts are involved in Article 14, viz., equality before law and equal protection of laws. The first is a negative concept that ensures that there is no special privilege in favour of any one, that all are equally subject to the ordinary law of the land and that no person, whatever may be his rank or condition, is above the law. The second concept is positive in content. It does not mean that identically the same law applies to all persons, or that every law must have a universal application within the country irrespective of circumstantial differences. Equal protection of laws does not postulate equal treatment of all persons without discrimination rather the application of same laws alike and without discrimination to all persons similarly situated. In the case of State of West Bengal vs Anwar Ali Sarkar AIR 1952 SCR 284, the court held that the term ‘equal protection of law’ is a natural consequence of the term ‘equality before law’ and thus it is very difficult to imagine a situation in which there has been a violation of equal protection of law is not violation of equality before law. So, while they have different meanings but both terms are actually connected.

Earlier, the doctrine of equality provided for equality of all people before the law but every person is not the same and therefore it is not practically possible to have a universal application of equality. So, it cannot be kept as in general sense as defined in the Article 14 at the time of enactment of Constitution. The classification cannot be done arbitrarily because in such case, there will be no justification, so even though Article 14 allows for classification such classification should not confer special privileges to any group arbitrarily and such a classification has to be done on a rational basis.

But in E. P. Royappa vs State of Tamil Nadu AIR 1974 SC 555, for the first time a new dimension of article 14 and pointed out that article 14 has highly activist magnitude and it embodies a guarantee against arbitrariness. Thus, we cannot countenance any attempt to truncate its all-embracing scope and meaning, as for doing that would be a violation of its activist magnitude. Equality is a dynamic concept with many aspects and dimensions and it cannot be imprisoned within traditional and doctrinal limits. Equality and arbitrariness are sworn enemies as one belongs to the rule of law while other to the order of monarch. [Ref.: Maneka Gandhi vs Union of India, AIR 1978 SC 597]

The concept of equality under article 14 has gone through many changes and now the present concept of equality has a greater scope compared to its scope before. In the case of Air India vs Nargesh Meerza AIR 1981 SC 1829, the provision of Indian Airlines was that the Air hostess has to retire on attaining age of 35 or they have married within 4 years of service or attains pregnancy. The Court held that terminating the service on the ground of pregnancy amounts to discrimination and it’s a violation of Article 14.

In the case Bacchan Sign vs State of Punjab AIR 1980 SC 898, while explaining the dimensions of Article 14, the court observed that Rule of law permeated the entire fabric of the Indian Constitution and it excludes arbitrariness as whenever there is arbitrariness, there is a denial of rule of law. So, the action of state should be non-arbitrary.

In the matter of Shrilekha Vidyarthi vs State of Uttar Pradesh AIR 1991 SC 537, the court stated that it can no longer be doubted at this point that Article 14 of the Constitution of India also to matters of governmental policy and if the policy or nay action of the government, even in contractual matters, fails to satisfy the test of reasonableness, it would be unconstitutional.

The New Equality Doctrine as laid down by the Apex court is just another example of how the judiciary has time and again protected this document from withering away over these years and it would be important for it to continue doing so. The scope of the new concept of Article 14 is far greater than just being equated with the principle of reasonable classification. It guarantees against any arbitrariness which may exist in the actions of the State and the doctrine of classification is merely a subsidiary to this Article.

Disclaimer : All Rights Reserved to Lexstructor 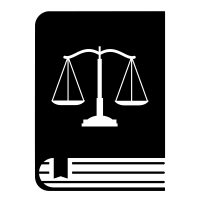 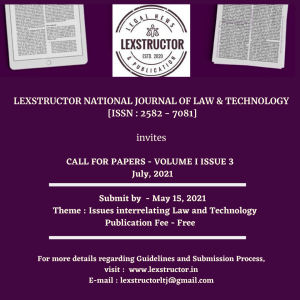